Assuming the Best of Your Spouse

One of the things that often causes friction in a marriage is when one spouse assumes the other has wrong motives. In many cases, this happens when they take what the other person has said in a way that was not intended.

Of course, all of us say things that can be taken in a different way than we intend from time to time. For example, I remember a time several years ago when my mom was trying out a new vacuum cleaner. She really liked it and exclaimed “Wow, this thing really sucks.” My brother immediately quipped “Mom, isn’t that what it’s supposed to do?” Of course, we knew what she meant, but we immediately saw the other possible meaning as well. She was referring to the suction of the vacuum and saw it as a good thing. But it would be really easy for someone to misinterpret what she said as saying that the vacuum was no good – the exact opposite of what she meant. When she said it, she didn’t even think of how it could be interpreted until we started laughing. 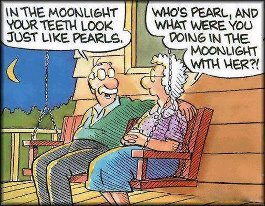 The same kind of thing happens to all of us. We say something slightly wrong or in a less than clear way. We use the wrong word. Or maybe we say something that is perfectly fine on the surface, but could easily be misinterpreted. Think how awkward it would be to have people always assume the worst possible interpretation of our words. Yet that often happens in a marriage.

The problem arises when one person says something and the other assumes a hurtful meaning that was never intended. We women are especially prone to assuming the worst or reading between the lines (when there might have been nothing there), although both sexes do it. This often leads to strife and hurt feelings that could have been avoided. A good many marital arguments could have been avoided entirely if not for this kind of misunderstanding.

She says that they need to sit down and look at the finances. He hears that he’s not providing properly and needs to step up. Thus, he’s defensive and wants to avoid talking about it. But she didn’t say anything of the sort and may not even have thought such a thing. She may have just wanted to have his involvement and help with an issue that she finds difficult to navigate. She should be able to count on him to work with her as a team, especially in something as important as finances. But he’s too busy hearing wrong motives and insults in her words to be the help she needs.

He says that he’d like to spend more time alone together. She hears that she’s not giving him enough sex and starts defensively talking about how busy she is all day and how he should help more with the kids and the housework. But all he was doing was sharing a need for more time with her. She is too busy being defensive (and perhaps feeling guilty) that she isn’t hearing the need of his heart.

These kinds of situations are common. At their root, they are a failure to communicate. When you assume hidden motives and interpret the other person’s words accordingly, you are effectively silencing what they are really trying to say. And usually it leads to reactions that aren’t warranted. Then the other person gets defensive while trying to explain what they meant, and they’re aggravated that you so obviously assume the worst of them when they love you and didn’t mean what you thought they meant. It can become a vicious cycle of misunderstanding and hurt feelings that tears couples apart.

In one way, it’s understandable that we get in this habit of assuming the worst. After all, in this dog-eat-dog world we live in, we can’t assume the best intentions of everyone. It would be dangerous and foolish to assume that everyone out there has only our best interest in mind. It’s easy to get a little cynical in order to protect ourselves. But if there’s anyone in the world we should be able to count on to have our backs and be on our side, it is our spouse – the one who vowed to love us forever. If our heart should be safe with anyone, it should be with our one true love. So why do we so often assume that our spouse is hiding an insult in their words or trying to hurt us? Why do we assume they have wrong motives? Why can’t we instead assume that we are misunderstanding if it seems that their words are hurtful or insulting?

When your spouse says something that sounds hurtful or accusing, the first words out of your mouth should ask for clarification. Don’t jump to conclusions and react. You should immediately assume that you heard wrong or that you are misinterpreting their words and that they didn’t mean what they said the way you took it. Remain calm and ask what they meant by that. If it turns out that they are insulting you, there’s plenty of time to get mad then. But most of the time that isn't the case. Assume the best and it will save both of you a lot of needless heartache and stress.

I’ve found that this approach works in my marriage to avoid arguments and it will work in yours. It just takes some time to train ourselves to see our spouse as a teammate and supporter rather than an opponent and to learn to ask for clarification rather than jumping to erroneous conclusions.

Linked up with Yes They're All Ours, Time-Warp Wife, To Love Honor and Vacuum, More of Him, Mom's the Word, What Joy is Mine, WFMW, Messy Marriage, The Alabaster Jar, WLWW, and NOBH.
Posted by Lindsay Harold at 11:11 AM

Email ThisBlogThis!Share to TwitterShare to FacebookShare to Pinterest
Labels: Marriage and Family, Relationships